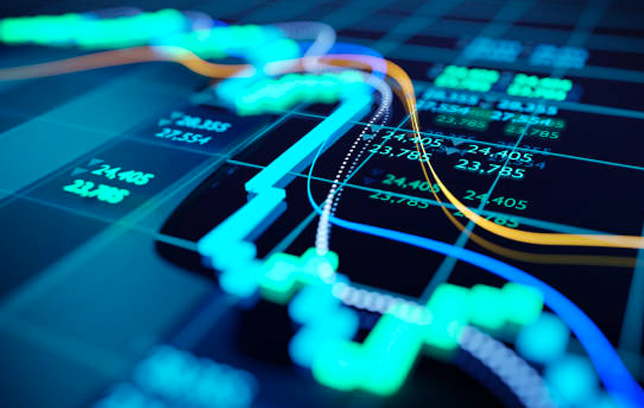 Before The Bell - Stock futures are pointing to a lower opening this morning in this holiday-shortened week despite a batch of data that broadly indicates the economic recovery is progressing. Third-quarter GDP was revised higher, weekly initial jobless claims fell notably, but durable goods orders fell in October.

Tuesday’s market action saw a divergence among the major indexes, with the Dow Jones Industrial Average climbing 195 points and the S&P 500 gaining eight points, but the tech-heavy NASDAQ shedding 80 points.

Since hitting an all-time closing high on Friday, the NASDAQ has fallen 1.8%, partly because rising bond yields tend to be a drag on tech shares, which are generally trading at lofty valuations.

Bond yields have edged higher this week on concerns about inflation, as well as expectations for higher interest rates next year. While the move in bond yields has not been striking, it does not take much to spark some profit-taking after tech’s big run makes shares in the sector look pricey. The absence of good news is another factor behind the selling. Tech stocks rallied notably during earnings season, but do not enjoy that catalyst now, so some consolidation is not surprising.

Tuesday’s big winner was the energy sector, helped by a $1.75 a barrel rise in quotations for the domestic blend of oil, to $78.50, in New York trading. The Biden Administration tapped 50 million barrels of oil from the Strategic Petroleum Reserve in a move aimed at bringing down rising pump prices, which are seen as part of the trend toward higher inflation. China, India, Japan, South Korea, and the United Kingdom are also expected to chip in with another 15-20 million barrels of reserve releases.

Efforts to bring down oil prices have been effective to a degree over the past week, but not yesterday, since there were expectations for an even bigger draw. Meanwhile, OPEC+ is considering countermoves to protect its revenues.

Overall, volume is likely to be light on Wednesday as traders get an early start ahead of Thursday’s holiday.

U.S. financial markets will be closed tomorrow for Thanksgiving. On Friday, the stock market will be open until 1 p.m. EST for an abbreviated session and the bond market will close at 2 p.m. EST.

We sincerely wish all of our readers a very happy Thanksgiving. - Robert Mitkowski

At the time of this writing, the author did not have positions in any of the companies mentioned in this article.

U.S. stocks started the week off with a sharp move to the downside, but an afternoon rally helped erase some of the losses.